The Winners of the GDT Nature Photographer of the Year 2021

The German Society for Nature Photography (GDT) has announced the 2021 winners of its annual members’ competition. GDT, the Germany-based non-profit organization of wildlife and nature photography, is one of Europe’s leading associations for the subject. It holds an annual competition for its members and has announced its Nature Photographer of the Year 2021 winners […] 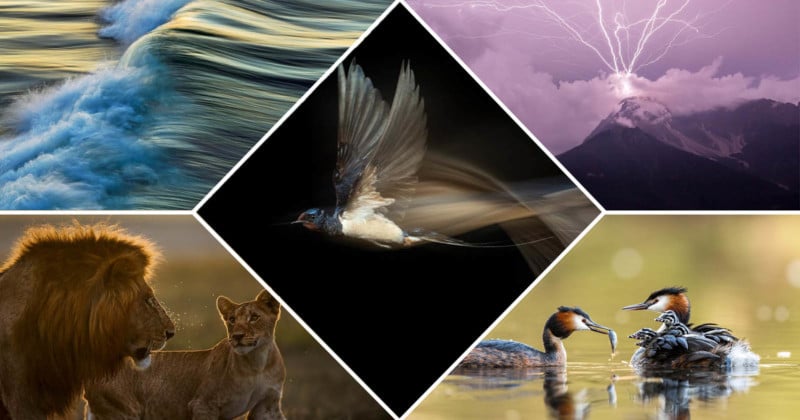 The German Society for Nature Photography (GDT) has announced the 2021 winners of its annual members’ competition.

GDT, the Germany-based non-profit organization of wildlife and nature photography, is one of Europe’s leading associations for the subject. It holds an annual competition for its members and has announced its Nature Photographer of the Year 2021 winners in seven categories: Birds, Mammals, Other Animals, Plants and Fungi, Landscapes, Nature’s Studio, and this year’s special category “We are family.” The competition also awards an overall winner.

All winners and runners-up received prizes, as sponsored by GDT’s long-term partner AC-Foto, while the overall winner was presented with an Olympus E-M5 Mark III, including a kit lens, which was provided by the competition’s premium partner, Olympus Europe. 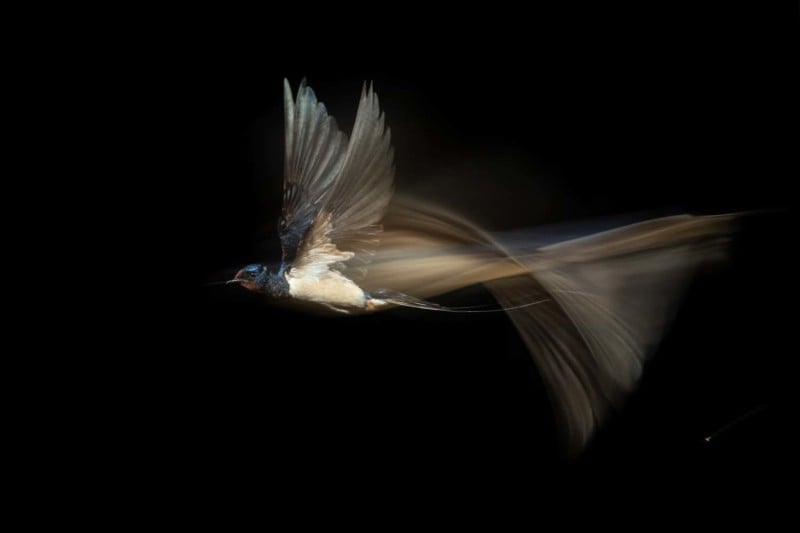 The winner of this category as well as the overall winner of the whole competition was a photography duo Karsten Mosebach and Bernhard Volmer. The two are award-winning photographers both individually and as a team, and their winning image is a photograph of a barn swallow in flight, titled Turbo swallow.

They chose a long exposure to create the stylized effect of the image and used flash units to freeze the movement of the bird towards the end of the exposure time to “aim to depict the beauty and elegance of these animals, which is particularly evident in flight.” 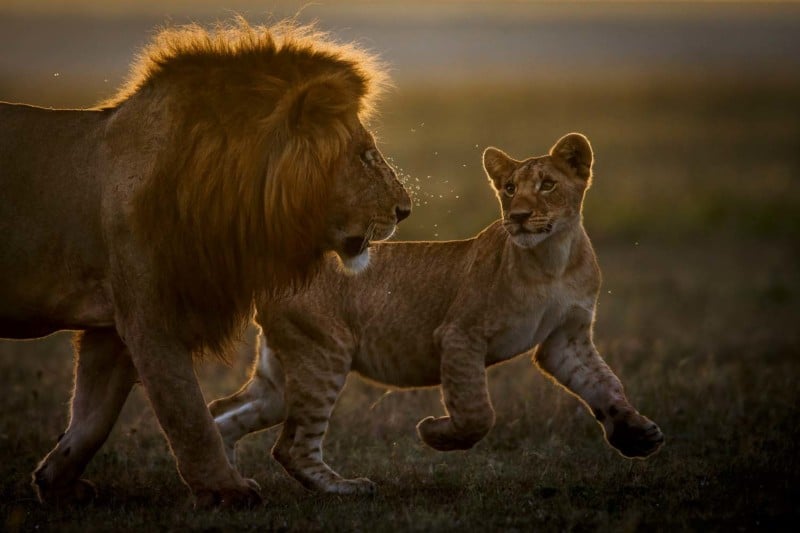 Peter Lindel won the Mammals category with The King and his Court Fool, an image depicting a maned lion and his young offspring — a playful cub running alongside its father as the sun glistens behind them. Lindel is also last year’s winner of this competition. 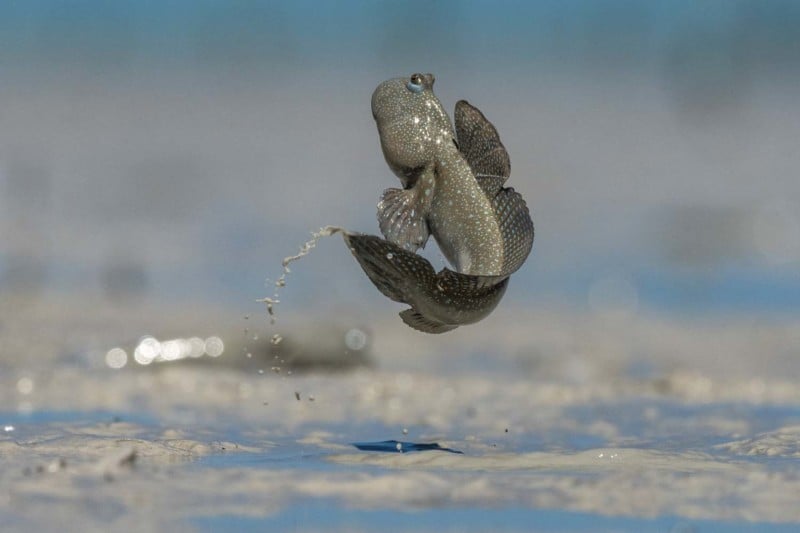 Titled Mudskipper, this was the winning photograph of the Other Animals category. Caught in flight, this amphibious fish was captured by photographer Scott Portelli and it showcases the animal’s glistening skin in great detail as it reflects the sunlight. 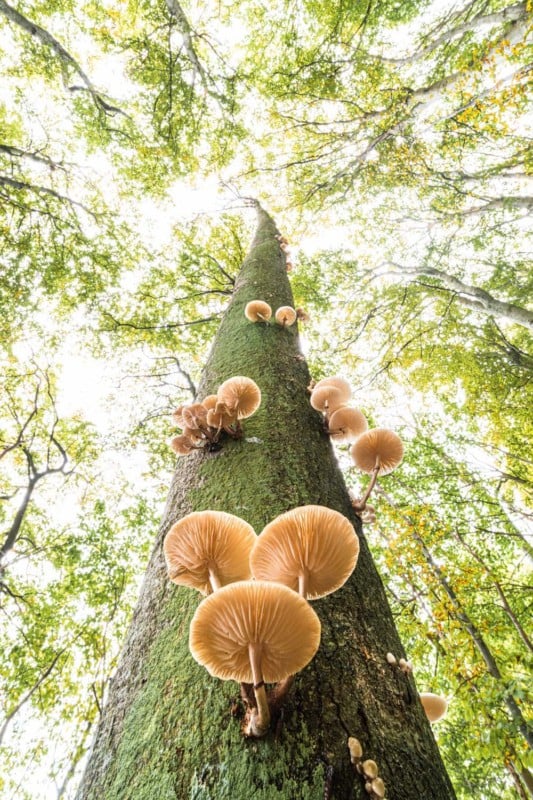 Stefan Imig’s won the category with Porcelain fungi, a photo of wood-rot fungus captured from below looking up. The wide-angle photograph shows the tree, that the fungi grow on, in almost all its entirety, surrounded by the rest of the forest. 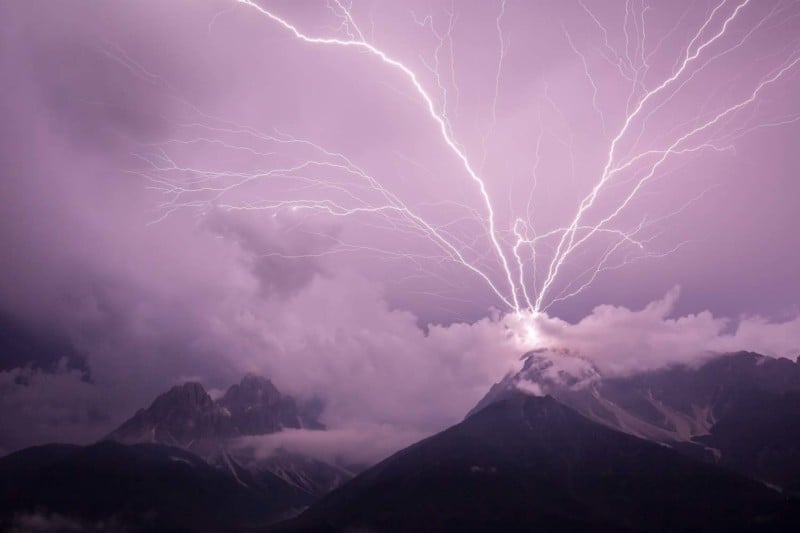 Photographer Corinna Leonbacher came out on top with the image titled Volcano?, which shows a thunderstorm in the Dolomite Mountains. The sky and the clouds are lit up in bright purple as the lightning strikes in the captured scene. 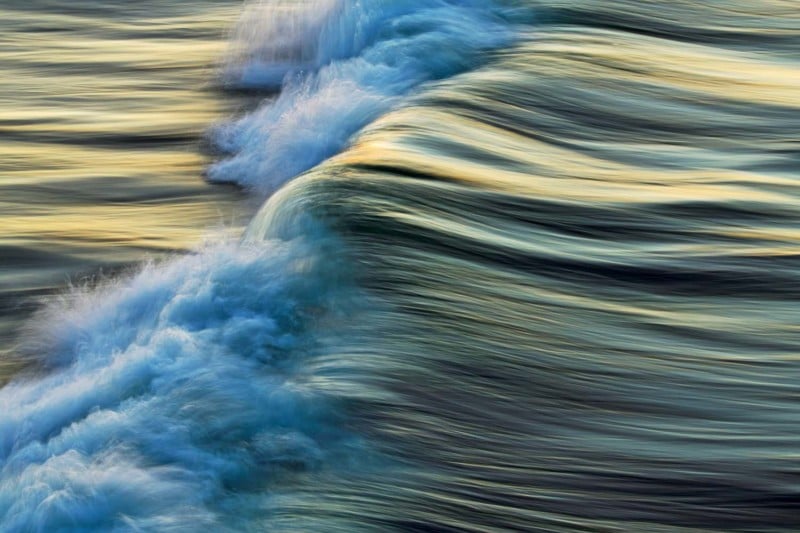 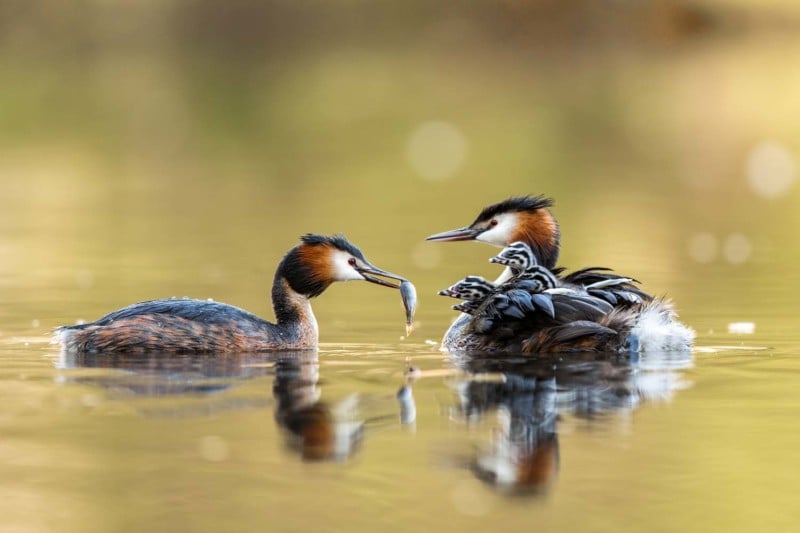 This year’s special category was “We are Family,” and the first prize was awarded to Corinna Leonbacher with her image, titled Family Breakfast. The photograph shows a pair of crested grebes, a type of water bird, feeding their black-and-white striped young with small fish. 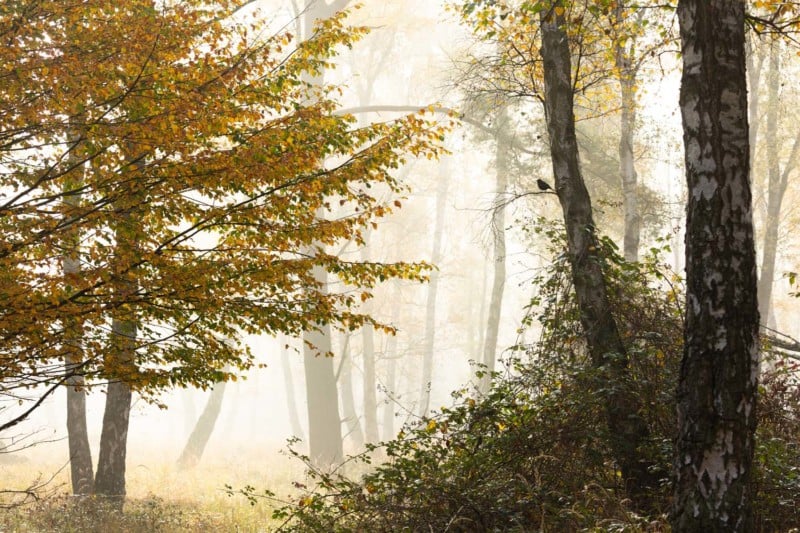 The jury’s prize was awarded to Alexandra Wünsch for her atmospheric photo, Forest Bird, of a blackbird perched on a small branch in a light-flooded forest.

Due to COVID-19 restrictions, this year’s vote took place online with the participation of all members. Overall, 6,470 photographers were submitted and, after a pre-jury judging procedure consisting of Heike Odermatt, Jan Piecha, and Stefan Christmann, GDT members were able to vote in each of the seven categories to determine this year’s winners.

Image credits: All images individually credited and provided courtesy of The German Society for Nature Photography.

So, You Want to Work With Agency Models? Here's How!

Founder of Adobe and Developer of PDFs Charles Geschke...

The Tamagotchi Pix Mixes the Classic Virtual Pet with a...